If you are a blogger or webmaster, you must be familiar with Google algorithm update. Google regularly updates its algorithm to make search listing richer with quality contents. Panda update is one of the major algorithm updates that affects search results significantly.

In early 2011, Google introduced Panda update that hit many websites. A lot of websites lost rankings and traffic. So it’s important for a blogger or search marketer to know the dates of the Google panda updates to understand which update affected his site. It’s also helpful to improve  search engine optimization. In this post, I will be sharing a brief history of Google panda update.

Before I dive into the history of Google panda. I would like to share what is Google Panda and why Google introduced it.

What is Google Panda? Why Google Introduced it?

Google Panda is a search filter that makes changes in search results ranking. It was first released in February 2011. It’s updated time to time.

The main reason of Google panda update is to show high quality sites to top of the search results. Google is still the best search engine of the world. It always tries to provide best user exeperience to its users. Some people try to get better ranks with low quality contents. But it creates a bad user experience. In order to fight these spammers, Google regularly updates its algorithm.

A History of Google Panda

The initial Panda update was occured on 24th February, 2011. It was also named as “Farmer’s Update” due to a lot of content farms were affected by this update. It affected about 11.8% of the search results. Most of the sites were Web 2 Properties like Hubpages.com.

It was the first version of original Panda update that released on 11th April, 2011. It mainly filtered the English language based search results. It affected about 2% of search queries.

Google Panda 2.1 was released on 10th May and 2.2 was released on 16th June ,2011. Both of them affected small number of queries. Panda 2.2 occurred mainly to fight against scrapper sites that outranked the original contents.

Google rolled out Panda 2.4 on 16th August, 2011. It affected 6-9% English-language queries  and non-English queries except for Chinese, Japanese and Korean. The main purpose of this update was filtering the several languages sites and giving them proper rank

After more than one month, Google rolled out another Panda 2.5 on 28th September, 2011. This update helped a lot of quality sites to get their rank back.

On 18th November, Google released Panda 3.1. It was a minor update that brought very little change in the search engine results. It affected about 1% queries.

Google rolled out Panda 3.2 on 18th January, 2012. It helped webmasters to get back their lost traffic. It brought some changes in ranking and indexing.

Google rolled out two Panda within a month. Panda 3.3 was released on 27th February, 2012. According to Google, this Panda update focused on refreshing Panda system. Google announced Panda 3.4 on 23rd March, 2012. It  impacted about 1.6% of search results.

Google Panda 3.5 rolled out on 19th April, 2012. Because of mix of changes, it was difficult to measure the affected sites. But it had a minimal affect.

After one week of previous update, Google announced the release of Panda 3.6 on 27th April, 2012.  Purposes of this update were not that clear and it seemed like it had less impacts.

Google rolled out yet another Panda update on June 8, 2012. According to reports, 1% of U.S. and worldwide queries were affected in this update. The impact was higher than Panda Updates 3.5 and 3.6.

Google rolled out this data refresh on June 25th, 2012. There were no changes in Algorithm, only in data. This had less impact than 3.7 update.

Google rolled out Panda 3.9 on 24th July, 2014. It affected ~1% of queries. Rankings fluctuated for 5-6 days, but there was no great impact on search results.

Google confirmed a major Panda update on 19th May 2014. It included both an algorithm update and a data refresh. It affected about 7.5% of queries.

So those are the major Panda update by Google. Google released some other minor updates too. The main purpose of these update is, Google always tries to keep search results spam free. Hope this post will help you to find which update was good or bad for your sites.

Was this article helpful?
YesNo

Istiak Rayhan is the founder of RoadToBlogging.com, a blog that aims to make bloggers’ journey easier. Istiak loves to help newbie bloggers to build a better blog. Here’s more about him. 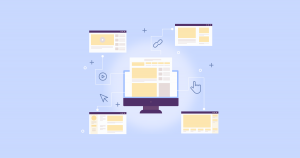 How To Interlink Blog Posts In WordPress (3 Best Ways)

How To Find & Fix Broken Links In WordPress (Easy Method)

This site uses Akismet to reduce spam. Learn how your comment data is processed.

Get our latest posts delivered straight to your Inbox. No spam, ever.

Get our latest posts delivered straight to your Inbox. No spam, ever.